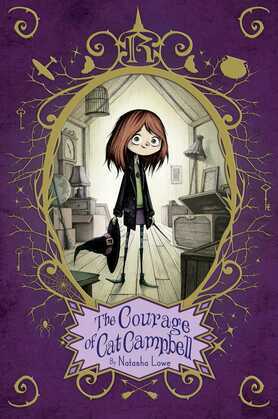 The Courage of Cat Campbell

Cat Campbell is a late-blooming witch whose magical abilities have yet to be mastered in this charming coming-of-age story set in the world of The Power of Poppy Pendle.

Cat Campbell has had magical powers since the day she was born, but she didn’t always know that. Cat’s mother believes magic ruins lives, and even as Cat’s passion for magic grows over the years, no one suspects she has the gift. But she has indeed inherited the coveted magic gene of her famed great-great-grandmother Mabel, a discovery she makes in a most surprising way. And when she comes across a book called The Late Bloomer’s Guide to Magic, she finds the encouragement she needs and spells that actually work. Then the town of Potts Bottom is threatened by a notoriously feared witch, and Cat has the chance to help her family and town?and to prove herself in the process. Because, as The Late Bloomer’s Guide to Magic proclaims, “believing in your magic and yourself is half the battle.”