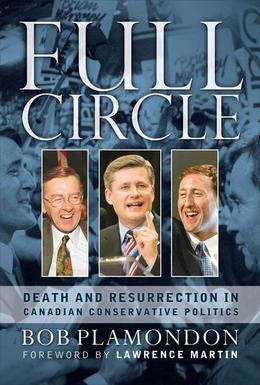 Full Circle tells the dramatic story of how the Canadian conservative movement was fractured in the 1990s and how it was restored to glory and was returned to power in 2006. It recounts the humiliating defeat of the Progressive Conservative Party, the rise of the Reform Party, and a decade-long sojourn for conservatives in the political wilderness. It lays out, step by step, the strokes and counterstrokes, the promises made and broken, the betrayals and defections within a movement riven by faction. Based on meticulous background research and interviews with the key players, Full Circle takes the reader behind the scenes in a high-octane exposÃ© of political machination, intrigue, and the ultimate battle for survival and supremacy. Sweeping in its breadth and scope, captivating in its detail, Full Circle is the definitive account of this unprecedented period in Canadian political history. Even those involved in conservative politics will be shocked by the starling revelations and debunking of popular myths. The death and resurrection of Canada's conservative political movement over the past two decades is a story that has never been told from beginning to end, until now.