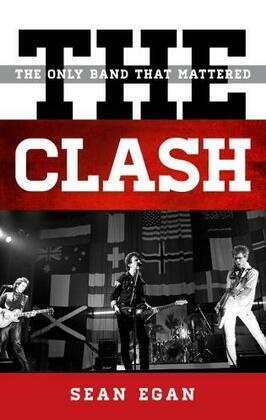 The Clash: The Only Band That Mattered

In The Clash: The Only Band That Matters, respected music critic Sean Egan examines The Clash’s career and art through the prism of the uniquely interesting and fractious UK politics of the Seventies and Eighties, without which they simply would not have existed. Tackling subjects such as The Clash’s self-conscious tussles with their record label, the accusations of sell-out that dogged their footsteps, their rivalry with the similarly leaning but less purist Jam, the paradoxical quality of their achieving multi-platinum success and even whether their denunciations of Thatcherism were proven wrong, Egan has come up with new insights into a much discussed group.