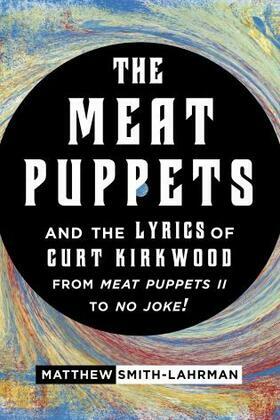 In The Meat Puppets and the Lyrics of Curt Kirkwood from Meat Puppets II to No Joke!, Matthew Smith-Lahrman interprets the words of Curt Kirkwood, founding member and songwriter of the Meat Puppets, a pioneering rock ’n’ roll band of the last thirty years. Smith-Lahrman’s analysis covers Kirkwood’s lyrics on nine albums, from 1983 to 1995, when he wrote virtually every lyric for the band. A lyricist whom Rolling Stone writer Kurt Loder once rated alongside Bob Dylan, Kirkwood remains an important, yet overlooked songwriter. His often oblique “cut-up” style not only recalls Dylan but also other great lyricists, such as Brian Eno, Jimi Hendrix, and Robert Hunter, as well as poets and authors like John Milton, Arthur Rimbaud, Lewis Carroll, and William Burroughs.