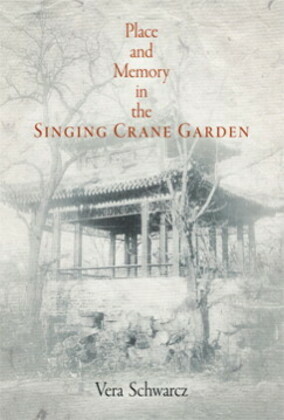 Place and Memory in the Singing Crane Garden

by Vera Schwarcz (Author)
Excerpt
Nonfiction Science and technics Technology & engineering Architecture, construction Landscape
warning_amber
One or more licenses for this book have been acquired by your organisation details
EPUB
Unlimited loans, One at a time
Details

The Singing Crane Garden in northwest Beijing has a history dense with classical artistic vision, educational experimentation, political struggle, and tragic suffering. Built by the Manchu prince Mianyu in the mid-nineteenth century, the garden was intended to serve as a refuge from the clutter of daily life near the Forbidden City. In 1860, during the Anglo-French war in China, the garden was destroyed. One hundred years later, in the 1960s, the garden served as the "ox pens," where dissident university professors were imprisoned during the Cultural Revolution. Peaceful Western involvement began in 1986, when ground was broken for the Arthur Sackler Museum of Art and Archaeology. Completed in 1993, the museum and the Jillian Sackler Sculpture Garden stand on the same grounds today.

In Place and Memory in the Singing Crane Garden, Vera Schwarcz gives voice to this richly layered corner of China's cultural landscape. Drawing upon a range of sources from poetry to painting, Schwarcz retells the garden's complex history in her own poetic and personal voice. In her exploration of cultural survival, trauma, memory, and place, she reveals how the garden becomes a vehicle for reflection about history and language.

Encyclopedic in conception and artistic in execution, Place and Memory in the Singing Crane Garden is a powerful work that shows how memory and ruins can revive the spirit of individuals and cultures alike.