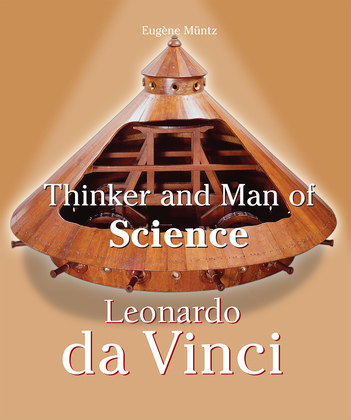 Not only was Leonardo da Vinci (1453-1519) an astonishing painter, but also a scientist, anatomist, sculptor, architect, musician, engineer, inventor, and more. The question is rather, what was he not? During the Italian Renaissance, he mastered the most beautiful works of art for the Medicis' in Italy and for the King of France. He aroused admiration from his contemporaries, who depicted a universal genius, curious and virtuous. Even today, interest in da Vinci and his work does not fade; his works and writings are still studied by foremost experts hoping to decipher one of the numerous secrets of this visionary artist. Studying nature with passion, and all the independence proper to his character, he could not fail to combine precision with liberty, and truth with beauty. It is in this final emancipation, this perfect mastery of modelling, of illumination, and of expression, this breadth and freedom, that the master s raison d être and glory consist. Others may have struck out new paths also; but none travelled further or mounted higher than he.