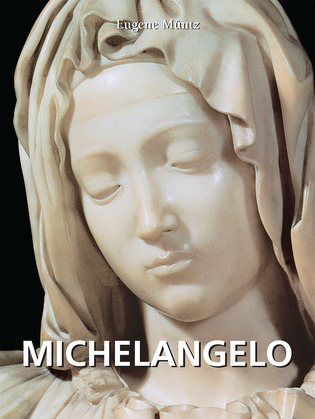 by Eugène Müntz (Author)
Non-Fiction Arts
EPUB
99999 Loans, One at a time
Details

The name Michelangelo instantly conjures up the Sistine Chapel, the David, the Pieta and countless other great works. In his History of Italian Painting, the French writer Stendhal remarked that, "between Greek antiquity and Michelangelo nothing exists, except more or less skilled forgeries". In Promenade in Rome, Chateaubriant expresses his admiration for the refined lines of the Pieta. A number of great writers such as Manzoni view Michelangelo as one of the indisputable Masters of the western revival in art. The work of Michelangelo has, indisputably, stood the test of time. How was he able, in so few years, to develop the methods behind a body of work worthy of his Greek predecessors? Often referred to as a superhuman and a creative genius, Michelangelo was an incomparable artist of the Italian Renaissance and is often ranked alongside Leonardo da Vinci in terms of influence and achievement. In this work, Jean-Matthieu Gosselin explores Michelangelo's many identities: sculptor, architect, painter and draughtsman.