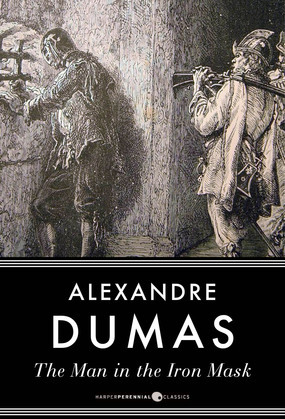 The Man In The Iron Mask

by Alexandre Dumas (Author)
Fiction Classics
EPUB
26 loans, One at a time
Details

When Aramis, one of the three musketeers, discovers that the king of France has a twin brother, he plans a coup d’état in an attempt to secretly replace King Louis with his brother Philippe. Entrusting his secret plan to Porthos, Raoul, and D’Artagnan, the friends pit themselves against the power of the French monarchy.

The Man in the Iron Mask is the last volume of the D’Artagnan Romances, and has been published on its own and also as the final volume in the The Vicomte de Bragelonne: Ten Years Later, a large novel that encompasses the four final D’Artagnan volumes. The story detailed in this volume inspired the 1998 film The Man in the Iron Mask starring Leonardo DiCaprio and Jeremy Irons.