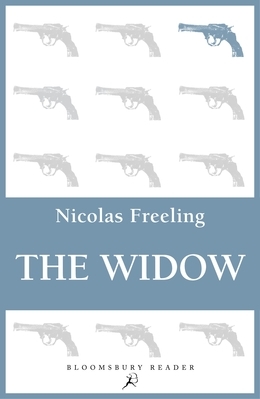 After the death of her notorious husband Van der Valk, Arlette has had to make a new life for herself, with a new city, new job, and now a new man. But being married to a detective for twenty years has left its mark, and the pull of her late husband's work draws her in. Her new husband, Arthur, has the remarkable idea that Arlette should go into helping people professionally, and her very own advice bureau is born. At first the expected battered wives and suspicious husbands knock at her door, but these cases are not as simple as they first appear, and Arlette soon finds herself acting the private detective in a violent and dangerous world.

Nicolas Freeling's fans will already be familiar with the sparkling Arlette, and here in The Widow Â? first published in 1979 Â? she finally comes into her own.