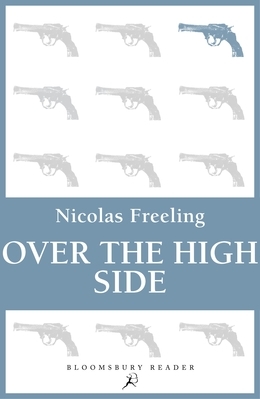 Over the High Side

A respectable looking elderly man is stabbed in a busy street, and, despite being surrounded by people, no one seems to have seen anything. Van der Valk soon discovers that the victim was more of a rogue than he at first appeared, and is dragged into a world of dodgy deals and beautiful women. With five marriages under his belt and four beautiful daughters living in Ireland, Van der Valk feels strongly that Mr Martinez's death is somehow connected to them. His investigations bring him to Ireland, where there is something strange about the ladies of Belgrave Square, and the IRA looms over unfolding events.

First published in 1971, Over The High Side is an excellent detective story, filled with mystery, intrigue, and femme fatales.