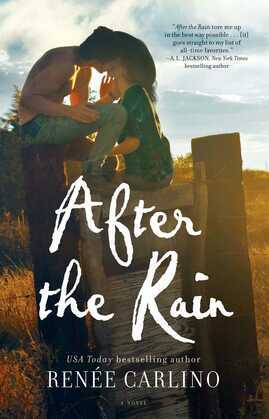 After the Rain: A Novel

From the USA TODAY bestselling author of Sweet Thing and Nowhere But Here comes a deeply emotional contemporary romance about the second chances waiting beyond the shattered dreams of youth.

When eighteen-year-old Avelina Belo meets a charismatic cowboy the summer before her senior year of high school, she doesn?t know that accepting his invitation to dinner will lead to a whirlwind marriage three months later and an exciting new life on a Montana ranch. She also doesn?t know that, in a few short years, fate will send everything crashing down around her.

A thousand miles away and fresh out of medical school, Nate Meyers is poised to become UCLA?s next superstar heart surgeon. His laser focus is the key to his success, but it?s also his greatest liability. When a routine surgery ends in disaster, derailing his career, he?s confronted with the hard truth: there?s no one waiting for him at home, no one to help him pick up the pieces.

Regrouping on his uncle?s Montana ranch, Nate meets Avelina, a beautiful but mysterious young woman who keeps to herself and barely speaks a word. As he discovers the details of her devastating past, Avelina teaches him more about matters of the heart than he ever knew before. But can they trust each other enough to put everything on the line?