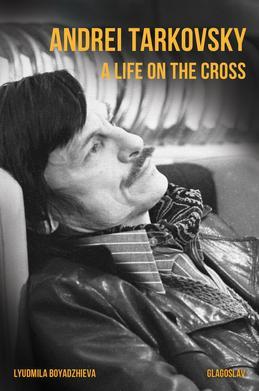 Andrei Tarkovsky: A Life on the Cross

Andrei Tarkovsky died in a Paris hospital in 1986, aged just 54. An internationally acclaimed icon of the film industry, the legacy Tarkovsky left for his fans included Andrei Rublev, Stalker, Nostalgia and a host of other brilliant works. In the Soviet Union, however, Tarkovsky was a persona non grata. Longing to be accepted in his homeland, Tarkovsky distanced himself from all forms of political and social engagement, yet endured one fiasco after another in his relations with the Soviet regime. The Soviet authorities regarded the law-abiding, ideologically moderate Tarkovsky as an outsider and a nuisance, due to his impenetrable personal nature. The documentary novel Andrei Tarkovsy: A Life on the Cross provides a unique insight into the life of the infamous film director and a man whose life was by no means free of unedifying behaviour and errors of judgement. Lyudmila Boyadzhieva sets out to reveal his innate talent, and explain why the cost of such talent can sometimes be life itself. Featuring profound comments on history and cinema as an accompaniment to the text, Andrei Tarkovsy: A Life on the Cross enables readers to step into Tarkovsky's shoes as he put together his masterpieces, seeking ways to solve his artistic dilemmas and overcome the obstacles that the Soviet regime put in his way.