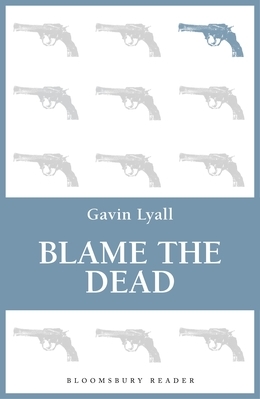 Martin Fenwick was a rich, respected man; a man everybody loved--until the day he stumbled onto a deadly secret that sent him on a rendezvous with a bullet that silenced him forever.

Lois Fenwick, the unfortunate widow, was oddly without sorrow over her husband's death, for she was still young, beautiful, and very much alive.

David Fenwick, the surviving son, was about to become a man. He wanted his father's killer, and would risk his own life to find him.

James Card, bodyguard, sought only revenge, for his former employer. Martin Fenwick had died in his arms, leaving behind him only one clue: a small package wrapped in plain brown paper. A clue that sent Card on a relentless manhunt across international borders and into the clutches of death...

"Story-telling at its simplest, at its best." -H.R.F. Keating, The Times