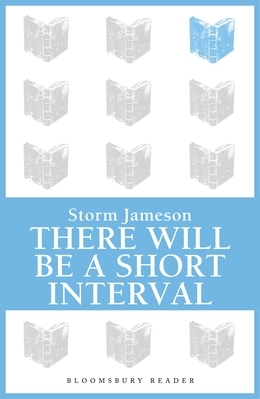 There will be a Short Interval

Sergeant Jebb - S.J. as he is called - is a distinguished British historian. He has shaped his life pretty much as he wished, subordinating personal responsibilities and professional rewards to his private standards of integrity and scholarship.

Or so he believes, until a crucial few days force him into confrontations of a sort he has never faced before. For one thing, his doctor tells him he is seriously ill and must undergo a new and delicate operation if he is to survive. And he is deeply troubled about his twenty-year-old son Simon. The boy's ex-mistress has killed herself in a blaze of notoriety that implicates Simon in moral responsibility of her act. The more father and son talk about it, the more distressed S.J. is by Simon's inability to see this; the more he ponders his role in shaping Simon into the man he is. S.J., newly conscious of his mortality, comes into renewed conflict with his family, and Simon is bitterly and dangerously involved.

The play of character, of motive and of conflicting values that always intrigues Storm Jameson makes There Will Be a Short Interval an extraordinarily moving and provocative novel.