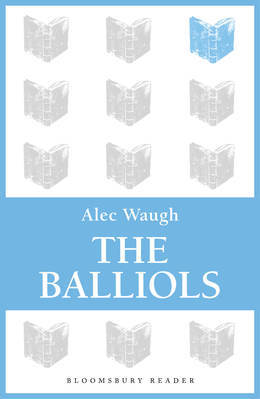 First published in 1934, this book tells the story of the Balliol family as they exist through the suffrage movement and the end of the Edwardian era to the Great War.

The Balliol children are subject to the effects of the war - the harsh discipline and the subsequent laxness, the breakup of family loyalties, the post-war cynicism and, in the youngest child, the ultimate trend back to a sounder pattern of life.

The action of this book, which is swift, continuous and dramatic, develops side by side with the plot of its theme that "to build a sanctuary, you must destroy a sanctuary"; that the destruction to which these thirty years have been witness was an inevitable and necessary part of progress.

Vigorously pursuing the fortunes of an English family during the most turbulently shifting period in history, The Balliols combines the feeling of Cavalcade with the powerful narrative flow of the Forsythe Saga.