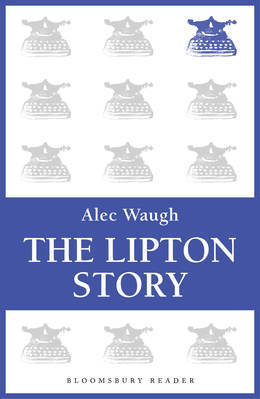 In this rich and engrossing biography of Thomas Lipton, Alec Waugh has recreated the fascinating and complex figure of a man who became a legend in his own lifetime, a millionaire before he was forty, an unofficial ambassador at large, and an unforgettable sportsman to millions of people.
The son of a struggling grocer, Lipton, while still a boy, showed the business acumen that was later to make him millions by expanding his father's small store into a vast network of shops. A love of the sea had been with him from childhood, and yacht racing became the guiding passion of his later years. In 1898 he issued his first Cup challenge and brought Shamrock J to America. By this time Lipton's business enterprises had made him into an international figure. Then a curious thing happened. He bought five successive Shamrocks to America and saw every one of them go down in defeat. Yet each defeat seemed only to brighten Sir Thomas's popularity and prestige. He became, without ever winning, a symbol of the American ideal of sportsmanship.

Never better than in this biography, Alec Waugh has caught the excitement, colour, and romance of a busy and successful life.