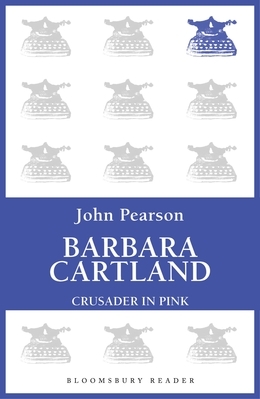 First published in 1979, this is an account of a phenomenon and a legend in her lifetime, Barbara Cartland has held the world record four years running as the most prolific author alive. Now, with her novels being filmed and selling throughout the world, she has become a household name.

But what of the woman behind the legend? Henry Cloud has looked back into her past life and tells of the unexpected hardships and the young girl's dreams that produced the first Barbara Cartland novels, written in her early twenties. He reveals the influence of men like Lord Beaverbrook, Sir Winston Churchill and Lord Birkenhead on her life when she was struggling to achieve fame. This was the era of the dancing Twenties, when she received forty-nine proposals of marriage.

He describes her relationships with both her husbands and her love and ambition for her talented brother Ronald - her battle to get him into Parliament and his tragic death in the war. It is a story as romantic and inspiring as any of her own novels.

But Barbara Cartland has made her reputation not only as a novelist; she succeeded in getting the law changed to provide camps for gypsies and initiated a Government enquiry into the housing and conditions of old people. She has championed the cause of Natural Health and vitamins which have made such a tremendÂ­ous difference to her own life.

This book reveals the secret of her amazing vitality and personal magnetism which have won her the affection of family and friends, and have provided a hundred million people all over the world with her concept of love.