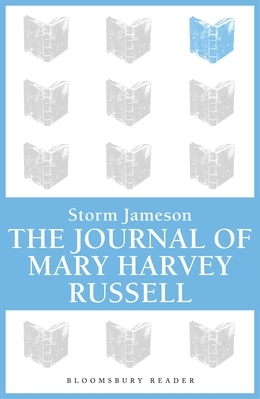 The Journal of Mary Hervey Russell

In The Journal of Mary Hervey Russell, Storm Jameson has chosen a form which enables her to use a rich supply both of public occurrences and personal knowledge and experience for the exercise of that imaginative observation which is characteristic of her best work. Whether she describes a chance meeting in Paris with a new French poet, or the reaction of delegates at the international conference of authors on the very eve of war, or her association with innumerable refugee intellectuals in London before and after Dunkirk; whether she is drawing one of her many astute comparisons between her own compatriots and some other people - generally the French - or comforting the wife of an Austrian professor just swept into internment, or bearing with the cynicism of some diplomat at the luncheon, she brings before us a panorama rather than a scene or an incident.

But the real human interest of the book is the thread of her own life running through it, revealing in little intimate flashes, sometimes a reminiscence of childhood, sometimes a delicately drawn portrait, like that of her father, the old sea captain, and throughout the story the visionary presence of the mother who for her has never ceased to live.