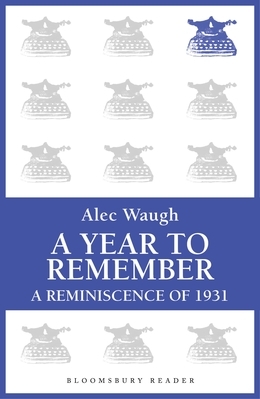 A Year to Remember

First published in 1975, this tells of one of the Bright Young Things in that brilliant and stimulating era between the wars, Alec Waugh remembers 1931 as being a year of firsts. It was the year he attended his first garden party, the year he made his first transatlantic phone call, the year he became a member of the MCC. But it was also a year that marked the end of one epoch and the beginning of another, far less frivolous.

Nostalgic for the best of that time, Alec Waugh recalls the writers he knew and met here and in America - Somerset Maugham, A J Cronin, John O'Hara, Thurber and Dorothy Parker. Here is an insight into the literary and publishing world of the thirties through an account of the author's own experiences. We hear of Alec Waugh's life at leisure with stories of his family and brother Evelyn, his affairs (with Ruth in California, with Mary in Villefranche, with Elizabeth in London), the wild parties, the tours round the speakeasies, the Atlantic crossings and the fascinating people he met on them.