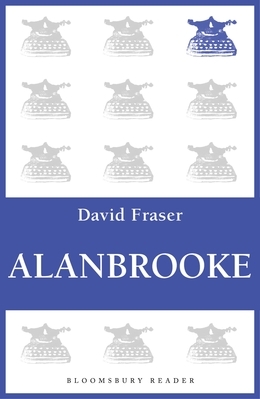 First published in 1982, this is the story of 'Alanbrooke,' of whom General MacArthur wrote, 'is undoubtedly the greatest soldier that England has produced since Wellington.' He fought with the artillery in the First World War, had a brilliant career as a peacetime soldier, and conducted his Corps with exemplary calm and courage in the retreat to Dunkirk. In November 1941 Churchill selected him as Chief of the Imperial General Staff, and from that moment he became indispensable in Whitehall, the one man who could never be spared for the more spectacular feats of war on the battlefield which he longed to undertake.

Alanbrooke was the master strategist of the British military effort. His partnership with Churchill - the statesman's imagination and inspired energy perfectly complementing the soldier's clarity of mind and unflinching realism - was often turbulent, yet endlessly fruitful. Under his chairmanship the Chiefs of Staff became the most efficient machine for the conduct of war which Britain, perhaps the world, had ever seen. His influence in the shaping of global strategy was immeasurable.