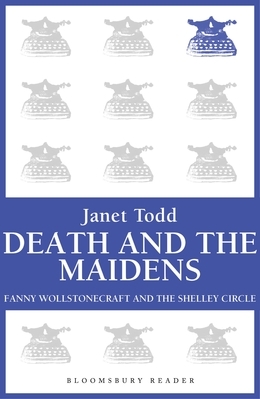 Death and the Maidens

1816 was the fateful year when the Romantic poet Shelley and his lover Mary shared a hectic creative and sexual menage in Switzerland with Lord Byron. This intense period drew from the men some of the greatest poetry of the age; from Mary, it elicited the seminal figures of Frankenstein and his Creature. But for other women close to Shelley it was a time of tragedy. At the heart of the story are Fanny Wollstonecraft and Harriet Westbrook, women whose lives were literally overwhelmed by him Â? and who both committed suicide before the year was out.

"Not only a splendid work of feminist history, this is an important addition to late 18th- and early 19-century literary criticism." - Publishers Weekly (starred review)