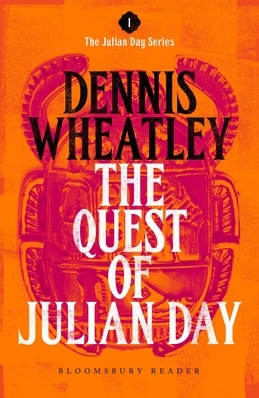 The Quest of Julian Day

1938 - 20 Jan 1939
Julian Day, while seeking revenge upon those who had ruined his career in the Diplomatic Service, becomes drawn into a quest for treasure, buried for over 2,000 years. It was for lovely Sylvia Shane that Julian decided to set out upon his quest, but it was the damnably dangerous yet adorable Princess Oonas Shahamalek who delayed his going.

Julian's quest takes him through a night in the Tomb of the Sacred Bulls in Alexandria, dope-running in the City of the Dead outside Cairo, white-slaving on the Suez Canal, a fight for life in a Pharaoh's tomb in the Valley of the Kings, to the final dÃ©nouement in the middle of the waterless Libyan Desert, 500 miles from civilization.