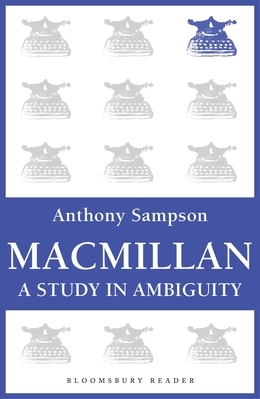 These political biographies are intended to analyse in depth the real men lurking behind the personality cults of great contemporary statesmen. Their purpose is to explain how such political leaders as Mao Tse-Tung and Macmillan, de Gaulle and Stalin formed their political outlooks, to examine how they gained power and how they held and exercised it, and to suggest what each has come to epitomize in the eyes of his own nation and of the world at large.

The political career of Harold Macmillan culminated in one of the greatest enigmas in the politics of the last hundred years: an intellectual, sensitive, aristocratic Prime minister whose premiership is now remembered chiefly for its profligacy, scandal and vulgarity.

In the thirties Macmillan was one of the first to understand the significance of Keyne's economic theories, to apprehend the growing menace of Hitler and to accept Britain's changing place in the coming Imperial revolution. In the sixties as Prime Minister he led a regime notable for Premium Bonds, gaming saloons, "Never had it good", government scandals and a mismanagement of resources which brought England to the edge of crisis.