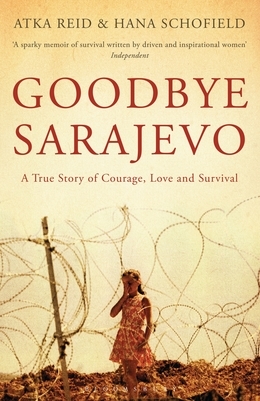 May, 1992. Hana is twelve years old when her older sister Atka puts her on a UN evacuation bus fleeing the besieged city of Sarajevo. Thinking they will be apart for a short time, they make a promise to each other to be brave. But as the Bosnian war escalates and months go by without contact, their promise becomes deeply significant. Hana is forced to cope as a refugee in Croatia, while Atka and their younger siblings battle for survival in a city overwhelmed by crime and destruction. Then, when Atka manages to find work as a translator, events take an unexpected turn, and the remarkable events that follow change her life, and those of her family, forever.