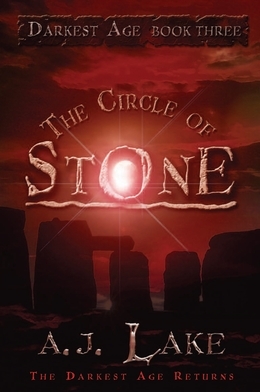 The Circle of Stone

At the end of the last book, evil Loki tricked Elspeth into freeing him of his bonds. Now Edmund and Elspeth are desperately searching for his trail, but the fire and destruction they expect does not materialise. Loki is strangely elusive. Instead they find unusual emblems carved along the route they take. They also find a young boy, lost and wandering in the confusion of displaced families, as they travel further south and closer to the war between Visigoths and invading English.

Edmund and Elspeth can't help feeling they are being led further and further into a trap, but have no choice other than to follow even the smallest clues. As they continue on their treacherous journey, the young boy begins to behave strangely, and it soon becomes clear he knows something about Loki and where they might find him - but maybe Loki has found them first . . .