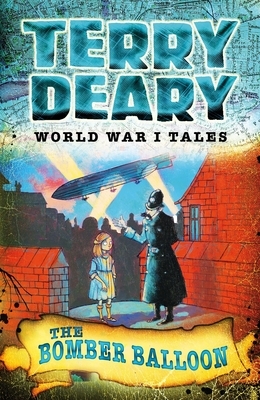 Stories of the First World War from the bestselling Terry Deary, author of the hugely successful Horrible Histories. November 1916 - the war on the Home Front.

Millie is being told off for breaching the blackout when a Zeppelin airship crashes over Essex. Millie, the local constable and an elderly helper must round up the armed German crew before they escape. Meanwhile the 'invaders' are worrying about accidentally setting fire to the houses they were bombing! A strange but true tale of the Home Front for 7+ from the master historical storyteller.