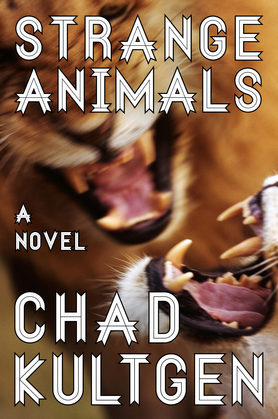 A thought-provoking and darkly witty novel about freedom, motherhood, greed, and religion—a surprising new direction from the controversial author of Men, Women & Children and The Average American Male.

Chad Kultgen has established himself as one of the most honest and candid chroniclers of human relationships working today. Now, in an eye-opening departure, he turns his gaze on the collision between religious values and human freedoms in American society.

She found herself thinking how strange it was that although we are all animals with roughly the same mental capacity—and roughly the same access to information, both general and specific—we can come to such radically different conclusions about the nature of reality. She wondered if it would always be like this, or if at some point in the future a general knowledge base would be accepted by the whole of humanity on which every individual would base their view of existence. She hoped this would be the case and wished she could live to see it.

Karen Halloway is a philosophy PhD candidate, struggling to find a dissertation topic strong enough to make a mark on the world. When she discovers that she’s pregnant, she finds herself at a crossroads: she has always known that she doesn’t want to be a mother, and feels her only choice is to have an abortion, though she knows that both her boyfriend and her highly religious best friend will object. Yet on the way to the clinic, Karen has the epiphany she’s been looking for—a way to turn her unexpected situation to her advantage.