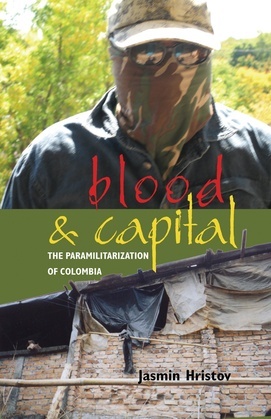 Blood and Capital: The Paramilitarization of Colombia

In Blood and Capital: The Paramilitarization of Colombia, Jasmin Hristov examines the complexities, dynamics, and contradictions of present-day armed conflict in Colombia. She conducts an in-depth inquiry into the restructuring of the state's coercive apparatus and the phenomenon of paramilitarism by looking at its military, political, and legal dimensions. Hristov demonstrates how various interrelated forms of violence by state forces, paramilitary groups, and organized crime are instrumental to the process of capital accumulation by the local elite as well as the exercise of political power by foreign enterprises. She addresses, as well, issues of forced displacement, proletarianization of peasants, concentration of landownership, growth in urban and rural poverty, and human rights violations in relation to the use of legal means and extralegal armed force by local dominant groups and foreign companies.

Hristov documents the penetration of major state institutions by right-wing armed groups and the persistence of human rights violations against social movements and sectors of the low-income population. Blood and Capital raises crucial questions about the promised dismantling of paramilitarism in Colombia and the validity of the so-called demobilization of paramilitary groups, both of which have been widely considered by North American and some European governments as proof of Colombian president Álvaro Uribe's advances in the wars on terror and drugs.