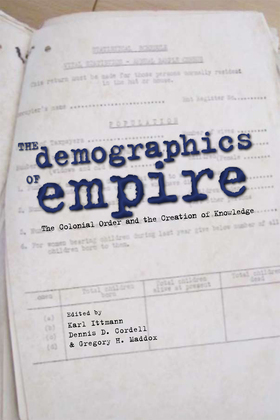 The Demographics of Empire

The Demographics of Empire is a collection of essays examining the multifaceted nature of the colonial science of demography in the last two centuries. The contributing scholars of Africa and the British and French empires focus on three questions: How have historians, demographers, and other social scientists understood colonial populations? What were the demographic realities of African societies and how did they affect colonial systems of power? Finally, how did demographic theories developed in Europe shape policies and administrative structures in the colonies? The essays approach the subject as either broad analyses of major demographic questions in Africa?s history or focused case studies that demonstrate how particular historical circumstances in individual African societies contributed to differing levels of fertility, mortality, and migration. Together, the contributors to The Demographics of Empire question demographic orthodoxy, and in particular the assumption that African societies in the past exhibited a single demographic regime characterized by high fertility and high mortality.