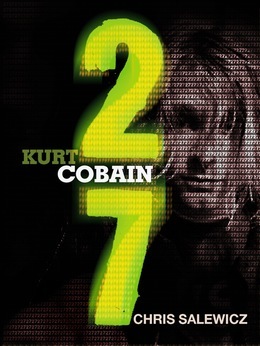 27: Kurt Cobain is the second in a series of exclusive music ebooks, an ambitious project examining the perils of genius, celebrity and excess. Other titles in the series include 27: Amy Winehouse, 27: Jimi Hendrix, 27: Jim Morrison and 27: Janis Joplin.