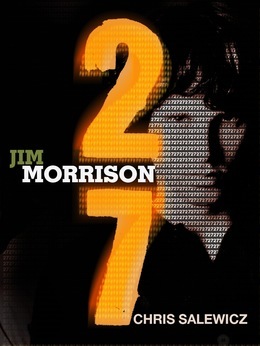 Jim Morrison, musician, singer and poet was found dead, the victim of a suspected heroin overdose, in a Paris apartment bathtub in 1971. He was 27.

Morrison was a talented, charismatic, wild-tempered cultural cipher. He struggled to cope with his exalted status and his death, officially from heart failure, remains shrouded in mystery.

In 27: Jim Morrison, acclaimed music critic Chris Salewicz pays homage to Morrison as a rock icon, whilst acknowledging the dark side of this conflicted character.