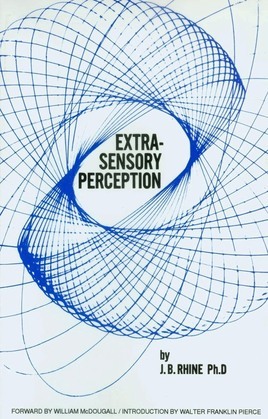 This is the original account of the basic experiments in parapsychology at Duke University, out of which came the phrase, extra-sensory perception that now appears in all dictionaries. We originally published it in association with the Boston Society for Psychic Research, but it has been out of print for some years. The Foreword by William McDougall, author of Introduction to Social Psychology, and the Introduction by Walter Franklin Prince, who was Research Officer for the Boston Society for Psychic Research, as well as all the illustrations, have been retained, but Dr. Rhine has brought the book up-to-date and written a new Introduction especially for this edition. The book remains as Waldemar Kaempffert said originally in the New York Times, "A report that gives an account of the most important study ever made in what is known as telepathy, mindreading, and clairvoyance."