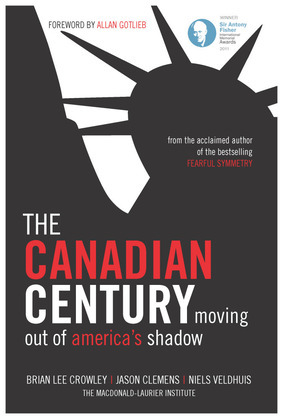 One hundred years ago a great Canadian, Sir Wilfrid Laurier, predicted that the twentieth century would belong to Canada. He had a plan to make it so. What happened? Canada lost sight of Laurier's plan and failed to claim its century, dwelling instead in the long shadow of the United States.

No more! Co-authors Brian Crowley, Jason Clemens and Niels Veldhuis envision Canada's emergence as an economic and social power. They argue, while the United States was busy precipitating a global economic disaster, Canada was on a path that could lead it into an era of unprecedented prosperity. It won't be easy. We must be prepared to follow through on reforms enacted and complete the work already begun. If so, Canada will become the country that Laurier foretold, a land of work for all who want it, of opportunity, investment, innovation and prosperity. Laurier said that the twentieth century belonged to Canada. He was absolutely right; he was merely off by 100 years.