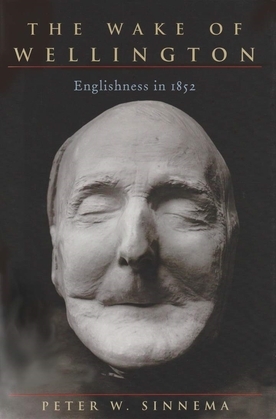 The Wake of Wellington

by Peter W. Sinnema (Author)
Excerpt
Nonfiction History History by country Europe Ireland Literary essays
warning_amber
One or more licenses for this book have been acquired by your organisation details
EPUB
Unlimited loans, One at a time
Details

Soldier, hero, and politician, the Duke of Wellington is one of the best-known figures of nineteenth-century England. From his victory at Waterloo over Napoleon in 1815, he rose to become prime minister of his country. But Peter Sinnema finds equal fascination in Victorian England?s response to the Duke?s death.

The Wake of Wellington considers Wellington?s spectacular funeral pageant in the fall of 1852?an unprecedented event that attracted one and a half million spectators to London?as a threshold event against which the life of the soldier-hero and High-Tory statesman could be re-viewed and represented.

Canvassing a profuse and dramatically proliferating Wellingtoniana, Sinnema examines the various assumptions behind, and implications of, the Times?s celebrated claim that the Irish-born Wellington ?was the very type and model of an Englishman.? The dead duke, as Sinnema demonstrates, was repeatedly caught up in interpretive practices that stressed the quasi-symbolic relations between hero and nation.

The Wake of Wellington provides a unique view of how in death Wellington and his career were promoted as the consummation of a national destiny intimately bound up with Englishness itself, and with what it meant to be English at midcentury.