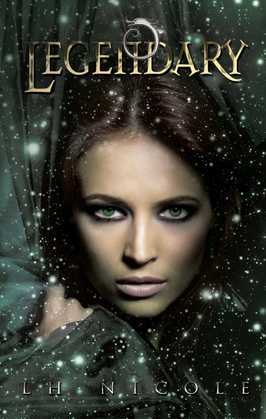 Aliana Fagan spent her childhood traveling the world, dreaming of legendary heroes and mythical lands. But after the sudden death of her parents, she hides behind the safety of her camera and her art until a vivid recurring dream compels her to dig into her father's research about Avalon and Camelot. When she is hurled into a magical realm by forces she thought were only the stuff of fairy tales, she finds herself thrown into an adventure she could never have imagined. Nearly everything she thought she knew about Arthurian legend was wrong. The independent eighteen-year-old is shocked to find that the people of Avalon think that she is the Destined One, the only person who can summon King Arthur back to life from his hidden chamber. Most surprising of all is that it's up to her to lead the Knights of the Round Table on an epic quest-an adventure that will transport them across the seven magic realms to reclaim all that has been lost so they can defeat the evil Mordrid for good. But first, she must bring the ancient warriors into her world and reunite them with their lost brothers. Chaperoning the legendary knights-with-a-chivalry-complex as they navigate the modern world is a constant challenge, and she certainly never thought she'd be caught between her intense feelings for the noble Sir Galahad and her growing friendship with the King. To fulfill the prophecy, Aliana will have to discover the meaning of friendship, bravery, loyalty, true love, and forgiveness. But can she do it all in time to save the realms from Mordrid's impending Armageddon?