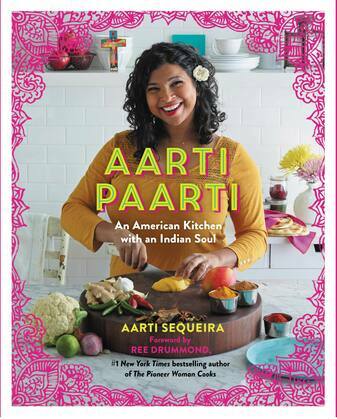 Aarti Paarti: An American Kitchen with an Indian Soul

A beautifully-written cookbook weaving Indian and Middle Eastern recipes from her childhood with American dishes she has grown to love--from the Food Network personality.

AARTI PAARTI: An American Kitchen with an Indian Soul

A collection of memories and 101 recipes from the popular blogger(www.aartipaarti.com) and Food Network personality. The recipes will make cooking with traditional Indian flavors and spices approachable for the US market. Aarti's stories will dissolve the "foreign-ness" of Indian flavors and make seemingly complicated technique and flavor accessible. She will take the intimidation factor out of cooking Indian food by simplifying traditional recipes, offering many specific how-to's, and also tips on using traditionally Indian spices in new ways, in everyday dishes. And there is a streak of Middle Eastern in some of these recipes given her youth in Dubai.