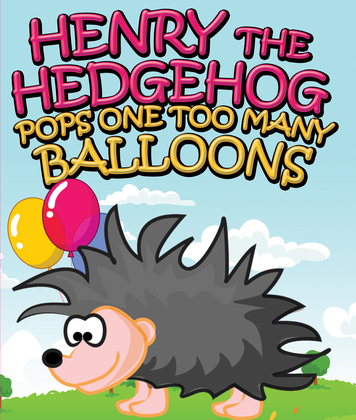 Henry the Hedgehog Pops One Too Many Balloons

This year he plans on popping the giant red, white and blue balloon near the fireworks stand. This balloon is different because it has lots of smaller balloons inside, but what Henry does not know is that the smaller balloons are filled with water. What will happen when he pops the largest balloon? Pippi, the black and white poodle who lives with the owner of the fireworks stand knows about the water balloons. Will he warn Henry or will he let him find out for himself about the water balloons? Clive, the big orange cat who lives next door to Henry also loves to pop balloons. What happens when the two friends join forces to pop the big balloon? Will the water balloons pop and get both of the pranksters wet?