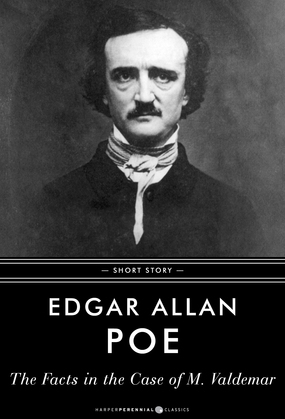 The Facts In The Case Of M. Valdemar

An unnamed narrator performs a remarkable experiment when he hypnotizes a man In articulo mortis—at the point of death. Because the story wasn’t identified as fiction when it was first published in 1845, many readers believed Edgar Allan Poe’s sensational work to be a true account.

A pioneer of the short story genre, Poe’s stories typically captured themes of the macabre and included elements of the mysterious. His better-known stories include “The Fall of the House of Usher”, “The Pit and the Pendulum”, “The Murders in the Rue Morgue”, “The Masque of the Red Death” and “The Tell-Tale Heart”.