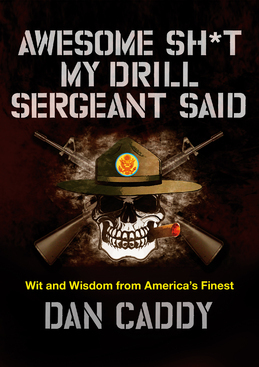 The official tie-in book to the wildly popular Facebook page, featuring brand-new crazy, off-the-wall, outrageously funny, and downright “awesome” pearls of wisdom from real-life drill sergeants and instructors from all branches of the military.

After his deployment in Afghanistan, Dan Caddy began swapping great drill sergeant stories by e-mail with other combat veterans—an exchange with friends that would grow into the dedicated Facebook page, “Awesome Sh*t My Drill Sergeant Said.” But what began as a comedic outlet has evolved into a robust online community and support network that conducts fundraisers for and donates to military charities, has helped veterans struggling with PTSD and other issues, and on numerous occasions, literally saved lives.

For anyone who has suffered a hard-ass manager (in uniform or not), Awesome Sh*t My Drill Sergeant Said will add a much needed dose of humor to the day.