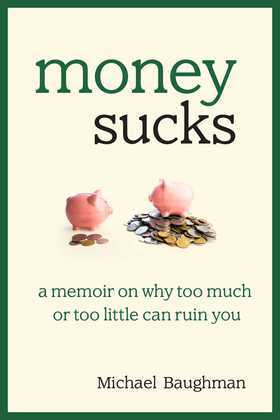 A funny and touching story about how to deal with the struggles of adulthood, how to live a good life, and how money can complicate it all.

Michael Baughman?s hope was to send his oldest grandson off to his first year of college in the fall of 2012 with an informed and thoughtful attitude toward what has long been a powerful American fixation: the frantic quest for money. Complicating the issue was the fact that income disparity in America was increasing alarmingly, and a political campaign featuring a wealthy Republican presidential candidate who told transparent lies on a daily basis was well underway.

Baughman, now an emeritus professor of English, has visited forty-nine states. As a youth he attended Punahou, the private Honolulu prep school that graduated Barack Obama. During subsequent travels he washed dishes, pumped gas, butchered meat, sold women?s lingerie at Saks Fifth Avenue in Manhattan, and served as an enlisted man in the Army.

Because of these diverse experiences, Baughman?s friends and acquaintances have included the very poor as well as the very rich. Throughout most of his adult life his own income has been close to the national average. He brought all of this, and more, into his parting conversations with his grandson Billy.

Money Sucks is the culmination of those discussions, rumination on the haves and the have-nots and a frank, thought-provoking look at some of the toughest questions life throws our way: What makes us happy? How much is enough? Funny and inspiring in equal measures, it?s a must-read for anyone who cares about the future of their children, grandchildren, and the friends and family they love.