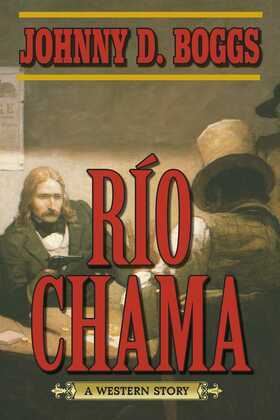 After a priest is lynched, gunfighter Britton Wade is the only one left who can guarantee justice!

In Santa Fe, Jeremiah Cole has been convicted and sentenced to hang for the lynching of a priest. Still, most people believe Cole will never be executed. He is the son of Senator Roman Cole, a man with both the wealth and political power to stop the hanging. The odds are so good that Jeremiah Cole will escape execution at Chama, where he must be taken to be hung, that a reward is offered to anyone who will successfully transport the prisoner.

Britton Wade, a gunfighter and gambler, accepts the challenge. Wade?s reputation as a gunfighter might stop most people dead in their tracks, but that?s not likely to deter Senator Cole?s riders. To further complicate his mission, Britton Wade is in dire health, and doesn?t know just how much longer he has to live.

The greatest mystery of all is that Wade doesn?t seem the least interested in the money. Why has Wade accepted such a dangerous challenge? What is he hiding from? Will he make it to Chama with the prisoner in tow alive? Río Chama is a nail-biting classic Western from a modern master of the genre.