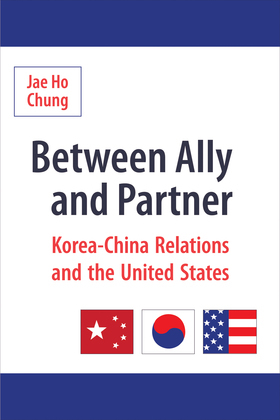 Between Ally and Partner: Korea-China Relations and the United States

China and South Korea have come a long way since they were adversaries. The arc of their relationship since the late 1970s is an excellent model of East-West cooperation and, at the same time, highlights the growing impact of China's "rise" over its regional neighbors, including America's close allies.

South Korea-China relations have rarely been studied as an independent theme. The accumulation of more than fifteen years of research, Between Ally and Partner reconstructs a comprehensive portrait of Sino-Korean rapprochement and examines the strategic dilemma that the rise of China has posed for South Korea and its alliance with the United States. Jae Ho Chung makes use of declassified government archives, internal reports, and opinion surveys and conducts personal interviews with Korean, Chinese, and American officials. He tackles three questions: Why did South Korea and China reconcile before the end of the cold war? How did rapprochement lay the groundwork for diplomatic normalization? And what will the intersection of security concerns and economic necessity with China mean for South Korea's relationship with its close ally, the United States?

The implications of Sino-Korean relations go far beyond the Korean Peninsula. South Korea was caught largely unprepared, both strategically and psychologically, by China's rise, and the dilemma that South Korea now faces has crucial ramifications for many countries in Asia, where attempts to counterbalance China have been rare. Thoroughly investigated and clearly presented, this book answers critical questions concerning what kept these two countries talking and how enmity was transformed into a zeal for partnership.