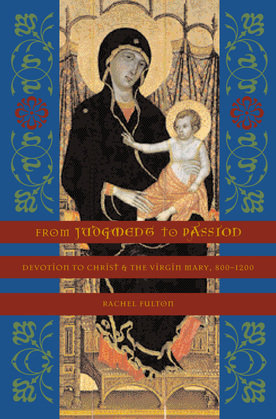 From Judgment to Passion: Devotion to Christ and the Virgin Mary, 800-1200

Devotion to the crucified Christ is one of the most familiar, yet most disconcerting artifacts of medieval European civilization. How and why did the images of the dying God-man and his grieving mother achieve such prominence, inspiring unparalleled religious creativity as well such imitative extremes as celibacy and self-flagellation? To answer this question, Rachel Fulton ranges over developments in liturgical performance, private prayer, doctrine, and art. She considers the fear occasioned by the disappointed hopes of medieval Christians convinced that the apocalypse would come soon, the revulsion of medieval Jews at being baptized in the name of God born from a woman, the reform of the Church in light of a new European money economy, the eroticism of the Marian exegesis of the Song of Songs, and much more.