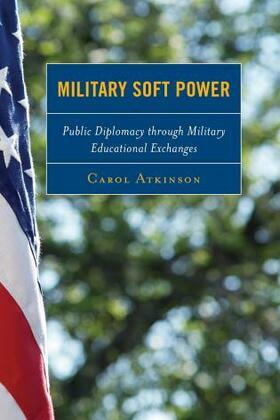 The military has long been associated with hard power, yet it is engaged in public diplomacy as it represents the U.S. abroad and facilitates the diffusion of ideas. Military Soft Power examines one such aspect of U.S. public diplomacy: how the United States extends its influence or “soft power” worldwide through military educational exchange programs hosted by the United States’ elite military schools, its war and staff colleges. The presence of international officers at U.S. military schools is substantial, yet very little is known about the long-term impacts of these exchanges. This study shows how the exchanges build personal and professional networks that then serve as important conduits of ideas between the United States and other countries. These networks help to improve interoperability between the U.S. military and its partner nations and to extend U.S. influence through military soft power rather than through hard power.