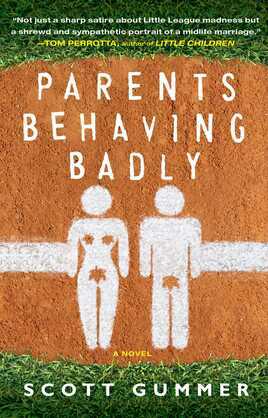 When Ben and Jili Holden must move from Manhattan with their three children back to their small hometown of Palace Valley, California, they are forced to reconcile the parents they?ve become with the dreams they had, the choices they?ve made, and a sex life much more down-to-earth than the epic Ferris wheel tryst of their youth. After reluctantly stepping up to lead his son?s Little League team, Ben is challenged to finally come to terms with the long shadow of his father, a legendary high school baseball coach and mentor who is beloved by generations of players, yet largely a stranger to Ben.

At the heart of the story are the universal experiences and themes of family and community, as Ben and Jili struggle to connect with their technology-addicted children and grapple with issues of marital fidelity?both at home and in the hotbed of sexual tension that is the Little League park. Among an unforgettable cast are Del, an autocratic coach who issues his own Ten Commandments; Liza, Ben?s unrequited high school crush; Logan, a smart-aleck ringer whose preteen talents are eclipsed only by his ego; and Cyn, the sultry thong-wearing team mom with the serpent tattoo. Every mother and father of every boy and girl who have ever participated in youth sports can relate, and in Parents Behaving Badly Scott Gummer brilliantly skewers overzealous parents and lunatic coaches, giving the grown-ups who seek vicarious glory the send-up they so richly deserve.