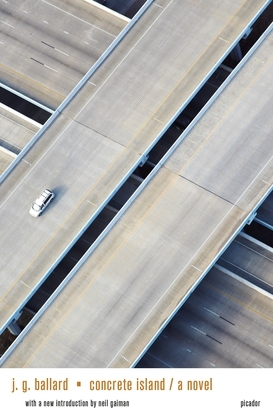 On a day in April, just after three o'clock in the afternoon, Robert Maitland's car crashes over the concrete parapet of a high-speed highway onto the island below, where he is injured and, finally, trapped. What begins as an almost ludicrous predicament soon turns into horror as Maitland-a wickedly modern Robinson Crusoe-realizes that, despite evidence of other inhabitants, this doomed terrain has become a mirror of his own mind. Seeking the dark outer rim of the everyday, Ballard weaves private catastrophe into an intensely specular allegory in Concrete Island.