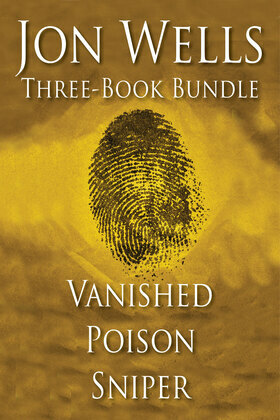 From one of Canada’s most respected crime journalists come three shocking stories of true crime.

A man rages in his home on April 4, 1999, breaking furniture and dishes. A woman wants to leave him. “You’re not going anywhere,” he tells her. Later that day, a police officer reports to the house and finds human tissue and organs in a bag left out for garbage. The person of interest in the case is a steelworker named Sam Pirrera, who lives in the house. But who is the victim? Following an investigation led by veteran homicide detective Peter Abi-Rashed, who had once chased a young Sam Pirrera on the streets of Hamilton’s east end many years before, Vanished takes us behind the scenes of a grisly real-life case and its shocking outcome.

A true Canadian story of terror from Steeltown to India, Poison opens with a beautiful Indian-Canadian woman collapsing in front of her family and dying an agonizing death. Police are not called to the scene, and a renowned forensic pathologist is stumped over the cause of Parvesh Dhillon’s demise. But soon another gruesome death strikes the Indian community in Hamilton—this time a young man, the cause again a mystery. The beneficiary of the life insurance policy is a close friend named Sukhwinder Dhillon, a native of the Punjab in India and the same man who received payout for the death of his wife, Parvesh.

While James Kopp was ultimately convicted of the 1998 murder of Dr. Barnett Slepian, in Buffalo, New York, it was the shooting in Canada, three years earlier, of another abortion doctor that brought the then-unknown Kopp instant notoriety as a criminal suspect. Part detective story, part psychological drama, Sniper tells the fascinating, often harrowing story of how the Canadian police and FBI eventually caught Kopp after an intense three-year international search.