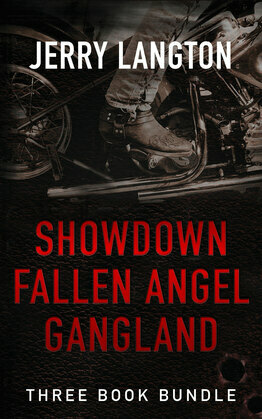 by Jerry Langton (Author)
Fiction
EPUB
26 Loans, One at a time
Details

Jerry Langton is a veteran journalist whose work has appeared in the Toronto Star, The Globe and Mail, Maclean’s, Daily News (New York) and many other publications.

Showdown tells the inside story of the street war between Canada’s most violent biker gangs—the Outlaws and the Hells Angels. Once bikers who rode together, Mario Parente and Walter Stadnick are now mortal enemies embroiled in a bloody turf war over the lucrative drug, prostitution and vice markets in Ontario’s Golden Horseshoe.

Walter Stadnick is not an imposing man. At five-foot-four, his face and arms scarred by fire in a motorcycle accident, he would not spring to mind as leader of Canada’s most notorious biker gang, the Hells Angels. But not only did he lead the Angels through the violent war with their rivals, the Rock Machine, in Montreal in the nineties, Stadnick also saw an opportunity to grow the Hells Angels into a national criminal gang. Fallen Angel details one man’s improbable rise to power in one of the world’s most violent organizations, while shedding light on how this enigmatic and dangerous biker gang operated and why it remains so powerful.

The members of Mexico’s drug cartels are among the criminal underworld’s most ambitious and ruthless entrepreneurs. Supplanting the once-dominant Colombian cartels, the Mexican drug cartels are now the primary distributors of heroin and cocaine into the U.S. and Canada. In Gangland, bestselling author Jerry Langton details their frightening stranglehold on the economy and daily life of Mexico today and what it portends for the future of Mexico and its neighbours.