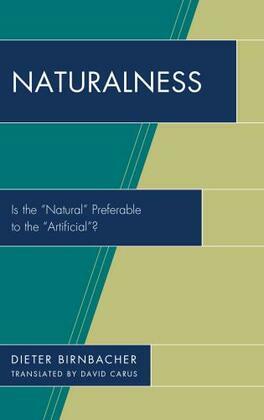 In Naturalness, Dieter Birnbacher delves into an argument common in everyday thinking and ethics—the argument of naturalness. This argument suggests that what is natural is in some ways superior to what is artificial, due to repeated positive connotations associated with the natural. This book presents both a phenomenology and a critique. For the former, Naturalness reviews the role of naturalistic arguments in various domains of everyday language and reasoning as well as in political and ethical debates, especially regarding controversial issues in preservation. For the latter, it critically discusses the persuasiveness of naturalness, both intellectually and morally, and how it is currently no more than an expression of conservatism and resistance to change in basic orientations.