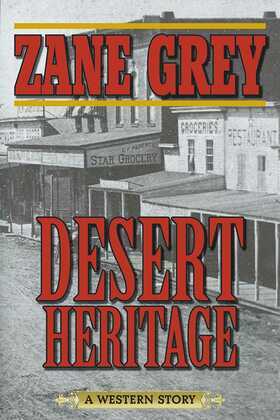 Jack Hare is an Easterner who has come west for his health. In Salt Lake City he is mistaken by Dene?s outlaw gang for a spy and must flee the town to escape them. He is found suffering from exhaustion and exposure in rough country by the wealthy Mormon rancher August Naab. As he is nursed back to health at Naab?s ranch, Hare becomes aware that Naab?s holdings are being threatened by both Dene?s rustlers and an unscrupulous Gentile land-grabber named Holderness.

Hare also comes to know Mescal, originally an orphan of a Spanish father and Navajo mother, taken in by Naab and promised in marriage to his eldest son, Snap. August Naab does not believe in violent resistance to Holderness?s incursions. To save Hare from Dene and his gang, Naab has him accompany Mescal to his sheep camp, located in an isolated valley fastness, and it is there that the two fall in love, even though Mescal knows that she is morally bound to marry Snap Naab.

Packed with adventure, action, emotion, and unforgettable characters, Desert Heritage represents one of Zane Grey?s finest literary achievements. And its vivid evocation of the Painted Desert of Arizona is without equal in the genre.